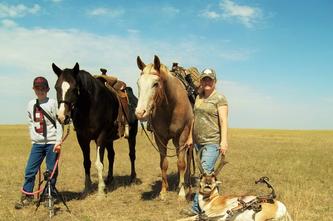 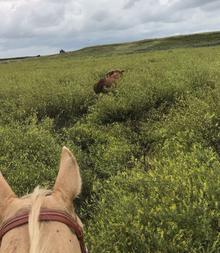 We live and hunt in beautiful western South Dakota and have been in this area over 8 generations.  We are passionate about what we do and know the area well.  We are bowhunters ourselves and know what it is going to take for you to be successful in harvesting an antelope and will share that knowledge with you when you call and book a hunt.  We offer three day guided archery antelope hunts for $2850.  This fee includes lodging and meals.  Airport transportation is an additional $200.  Non-hunting guests are welcome for $150 per day per additional guest.  We require 50% down (non-refundable) at booking and fees paid in full before the start of the hunt.  Archery licenses are a guarantee. 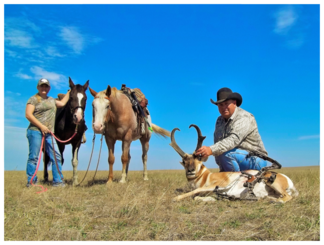 No two seasons are ever the same!! We had an incredibly wet year in this area. At one time the baby frogs were as thick as grasshoppers and the sweet clover was over 6 feet tall.  In fact, we spent almost an hour looking for 120 cow/calf pairs one afternoon because the clover was as high as the saddle horn.  Now imagine what that means when it comes to hunting antelope. They are drastically smaller than cows and are creatures that survive in the open where they can spot danger for miles.  What we encountered was the antelope that were in the pastures with the tall sweet clover were very nervous.  We hadn't planned on this side effect of a wet year. They had spend their summer in pastures of deep clover and were in a state of constant flight because they couldn't see danger, both from other predators and then us. Probably the same feeling as standing in a cornfield in a horror movie for a human! (Did you hear that???) By the time the season opened, they were too skittish to hunt as usual. This allowed us to expand our area and hunt a ranch we had only hunted one day before.  We had great success because this area lacked the tall clover cover we encountered on other ranches.  We hunted in the heat, the cool, and the downright cold rain.  We learned a lot about how the antelope adapt to survive. While sweet clover of that magnitude was a blessing to ranchers and livestock, it was difficult for the antelope to spend the summer in familiar ranges and caused some herd movement and behavior changes.  The good news is "the year of the sweet clover" should not happen again for decades so we are looking forward to next year with excitement.​

Some adventures were not as challenging.  One pasture was full of curious heifers, so we left Aspen and Smokey behind to distract them while Cathy and I continued after the antelope.  We also had another first.  Gary shot his buck and we lost it.  It ran for over a mile and we lost sight of it over a little bluff.  We weren't worried that day, but after 3 weeks and 3 separate trips riding the pasture, it took gathering cows to finally find it.  Obviously, it was bittersweet.  He didn't get the meat, but we were able to clean up his trophy and get it sent to him.

There are so many memories to share, but it always means most to those who lived it.  We hunted with old friends and new; familiar places and old favorites. We truly enjoy what we do and are looking forward to whatever this new year will bring. 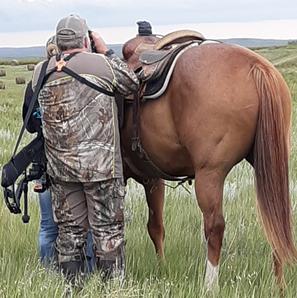 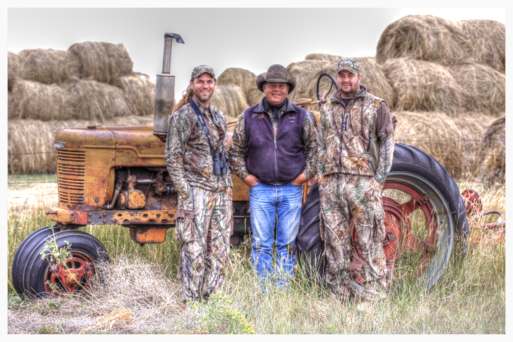 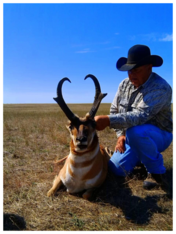 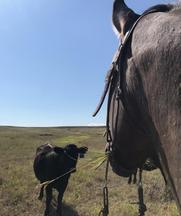 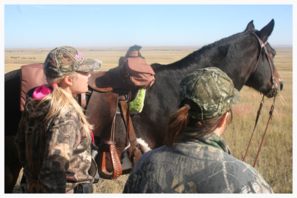